1.Initially the random numbers are generated and stored on VARIABLE A & B.

2.The question in generated from these on the LCD output

4. Answer - The display order of the answers are randomized using VARIABLE F 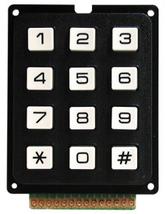 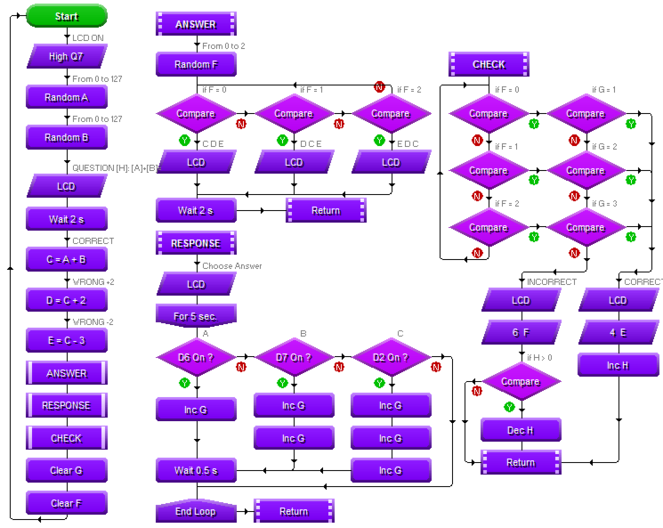 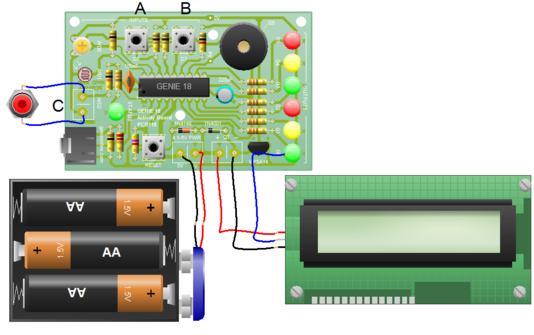 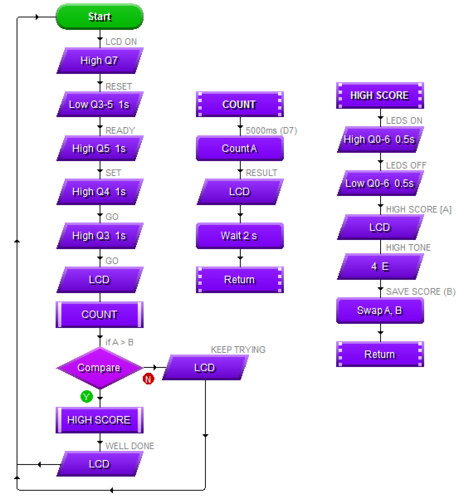 Using Circuit Wizard allows you to write and test programs virtually using Genie microcontrollers. The 'E18 Activity Board' is ideal for practicing the use of flowchart programming as it has a range of inputs and outputs that can be controlled.

As shown, the addition of a push-to-make on A/D2 & an LCD on Q7 allows for greater creativity. The 'serial' (middle) wire for the LCD can be connected to the positive of the LED on Q0, as it is a serial output on the E18. This setup is ideal for a range of program ideas

This program is designed as a simple reaction/speed game whereby the user must press a button (D7) as quickly as possible within 5000ms (5s).  If the user achieves a HIGH SCORE then they are rewarded with flashing LED's and sound

The game has a traffic light LED countdown and a 'GO' message to start. The microcontoller counts the input signals received to 'D7' within a given time frame. The number is stored initially as 'VARIABLE A' & compared to B. If A>B the user is notified of a high score

This game can quickly be adjusted for different time limits and additional inputs could be added for greater complexity. The reward/high score could equally be anything the user required and adjusted easily

This program is a far more complex game which requires the user to add two randomly generated numbers together and choose answer A, B or C