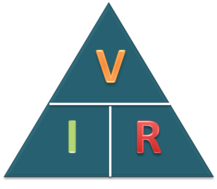 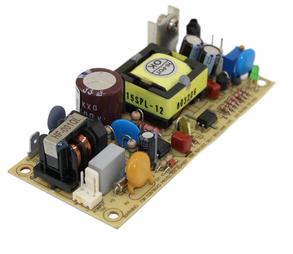 ​​​​​​​​​​​​Electricity is created when negatively charged electrons are forced to move along a material from one point to another to a positive source. Metals, which have a high number of loosely bound electrons orbiting the nucleus are conductive as they allow for easier movement of electrons along the material. Primarily, Copper is used for this reason.

The 'Water Analogy' is used to visualise the behaviour of electricity as the two are very similar and electrons can't be observed.

If you imagine a tank of water suspended up high, this would be the Voltage, the more water/electrons in the tank the more pressure to force the water out. Current is the rate at which the water flows from the tank and is measured over time. Resistance is therefore the size of the pipe which would restrict the flow of current and reduce the voltage at the end

All three measurements are linked together by a mathematical rule known as Ohms Law. It states that the current through a conductor between two points is directly proportional to the potential difference across the two points.

Power is a measure of the energy created from the Voltage (V) & Current (A) and is measured in Watts (W). A Watt is defined as 1 joule per second. With the water analogy in mind, a water wheel would represent the Power created. The higher the current and voltage the more energy created. A 60W lightbulb at 240V requires (60/240) 0.25A

A Power Supply (PSU) is used to control the AC voltage (240V) from UK mains plugs in a product. Their primary function is convert one form of electricity energy to another. They can be regulated so that they maintain a constant output voltage/current or unregulated

In a DC 12V PSU a number of process need to happen before the voltage is outputted. 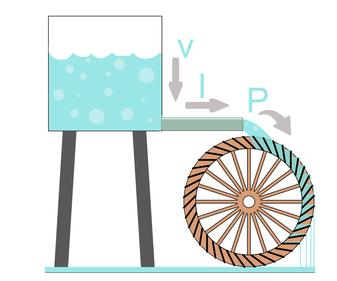 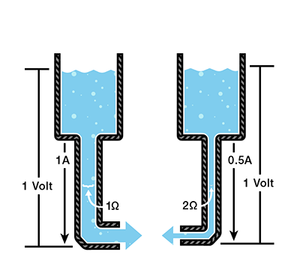 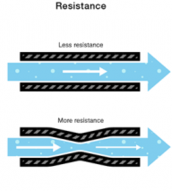 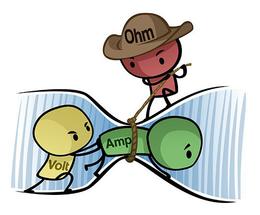 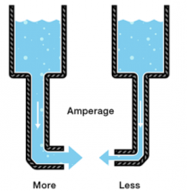