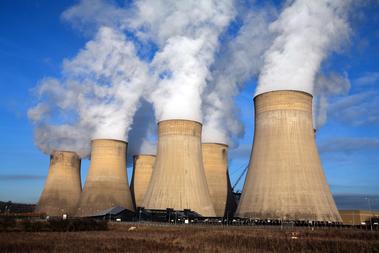 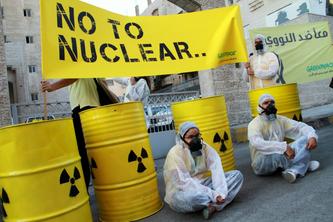 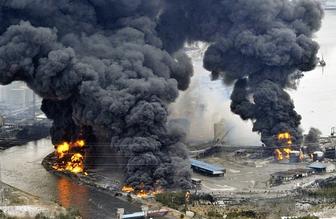 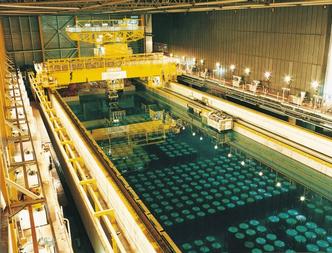 Nuclear Power is the most efficient (92%) alternative to fossil fuels but is not fully 'renewable' due to the radioactive half-life (18 months use) of the fuel source. The process is very similar to that of fossil fuel power generation, with the combustible fuel being replaced with a radioactive isotope such as Uranium, that heats water to produce to steam, powering turbines. Around 11% of the global power production is from Nuclear Power.
The Uranium core is located deep underground in water surrounded by a thick lead & concrete containment building. Water is continuously pumped to the core and heated by the radiation producing steam. Steam is piped to the turbines of an electrical generator and the condense steam is recycled back into the process
Although Nuclear is the most efficient way to generate electricity there are a number of safety concerns associated with it which has slowed its use globally. Worldwide there are over 400 nuclear reactors and there have been a total of 3 large scale disasters - Chernobyl, Fukushima & Three Mile Island. Due to the highly reactive core it must be constantly kept cool in order to prevent nuclear meltdown and contained deep with concrete to prevent radiation fallout.
Nuclear radiation is incredibly damaging to any living organism and causes fatal mutations of genes causing cancers and severe birth defects. If the containment building is breached in any way, as in the above cases, everywhere in a 30km radius must be evacuated, although radiation will pollute far further over time. For this reason they have the potential to be targets in the event of war or terrorist acts, resulting in many protest groups setup to stop its usage.
--------------------------------------------------------------------------------------------------------
Another key issue is Nuclear Waste disposal when the Uranium reaches the end of its usable life, around 18 months, it is still reactive for up to 30 years and must therefore be safely contained. Typically spent cores are re-purposed into other sectors such as medical equipment or buried deep (300m) underground and cased in concrete. However, in comparison to fossil fuels, a reactor can produce around 27 tonnes of waste per year whereas as a coal powered plant can produce 400,000 tonnes of ash. 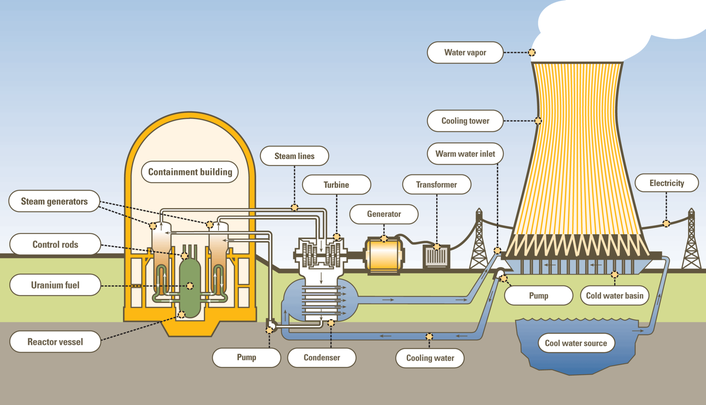