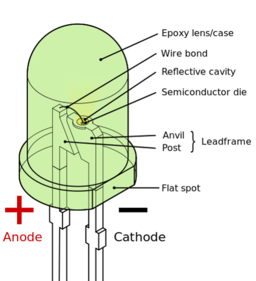 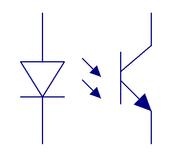 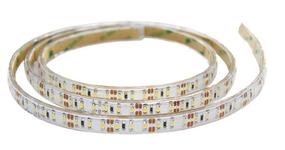 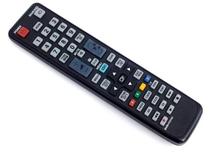 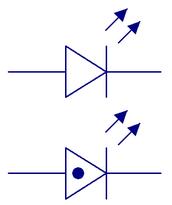 A Light Emitting Diode (LED) is a diode that is capable of producing light at the PN junction between the anode & cathode,  as electrons jump across a wire bond. The material the wire is made from determines the colour or wavelength of light that is produced.

Flashing LED's can be used whereby an internal IC will control the LED and cause it to flash automatically at a set frequency (Hz). They are also available as other flashing patterns and as Rainbow LED's which have three wire bonds - RED, BLUE and GREEN and an internal IC

​The Anode is determined by a longer component leg and the cathode by a flat on the side of the casing. The LED will not light if the polarity is incorrectly wired as it performs like a diode.

There are two other types of LED; Bi-colour and Tri-colour.

Infrared light can also be produced by an LED and are often found in remote control technology. Although invisible to the human eye the light can be used to communicate with infrared receivers and wirelessly transfer information. Infrared is used in Opto-Isolators for switching

LED's can also be purchased in flexible strips of 12V SMD (surface mount) LED which can be cut to the required length (every 3 LED's). These are available in a wide range of colours and lengths and require minimal soldering/design and can even be remote controlled. The advantage of this method is the speed and convenience at which you can add lighting to a project with limited practical skill and circuit design knowledge

Advantages over a electromagnetic relay - 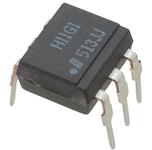 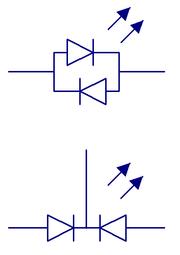