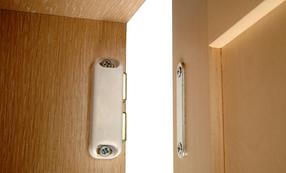 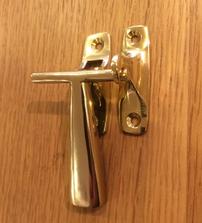 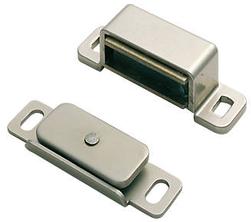 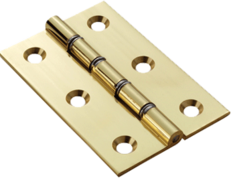 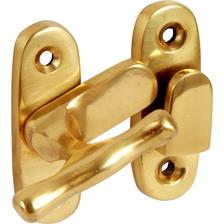 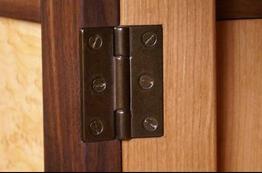 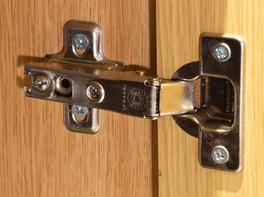 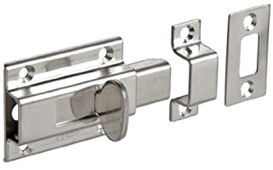 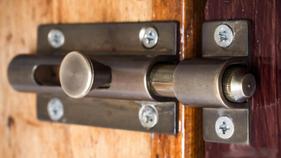 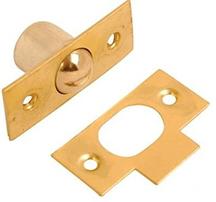 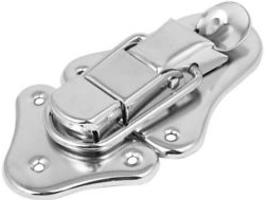 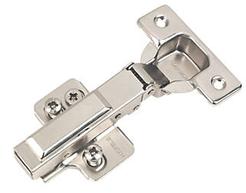 Concealed Hinge - Typically found in kitchen cupboards and feature a spring loaded mechanism to hold the door without a catch. They have an adjustment screw to ensure the door is square with the cupboard and can also include a soft close mechanism to prevent slamming

Butt Hinge - Traditional method of joining two pieces together whilst allowing them to hinge open up to 180 degrees. A recessed hole is typically chiselled into the material to allow the two parts to meet flush when closed. Screws are used to secure the hinge in place on each part

Bales Catch - Used on door as a concealed catch that locates a sprung dome when closed into a plate. The catch only requires a hole to be drilled into the frame and screws to attach in place. The two parts must be accurately aligned and within a tight distance from eachother

Bolt - Often used to secure a door to a frame for security and simply requires the fitting of 6 screws to secure it in place. The bolt can be combined with a padlock or catch to further strengthen the security of the fitting. A sliding motion is used to locate the bolt in the holder

​Magnetic Catch - Simple, easy to fit, magnetic joining method for cupboard doors. The permanent magnet is attached to each of the cupboard and simply located when closed. This method is low cost but is clearly visible and therefore not a aesthetic choice

Toggle Latch - This is a decorative catch that is used to secure two parts together at a set tension. The clasp is typically released by pulling up and unhooking the rectangular section over a metal lip. In some cases a lock is used to secure it further. The mechanism allow for a tighter seal between the surfaces due to the pressure of clamping the latch in place

Showcase Latch - decorative type of latch used often for cupboard doors and jewellery boxes. A simple rotation motion locks the latch in place within the matching catch. There are a range of designs available as they are often decorative and clearly visible within the products aesthetics 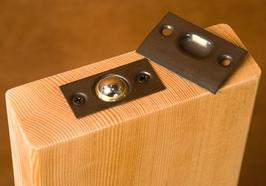 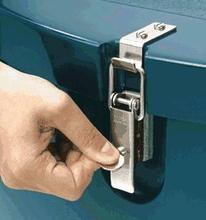