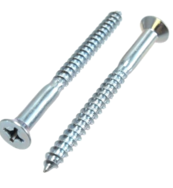 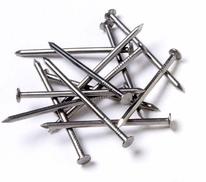 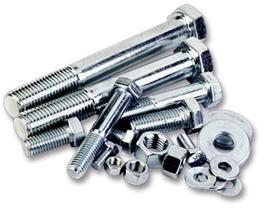 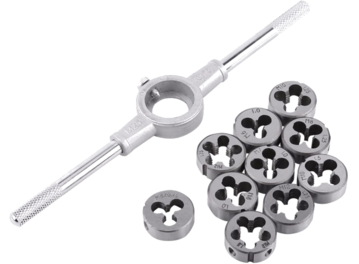 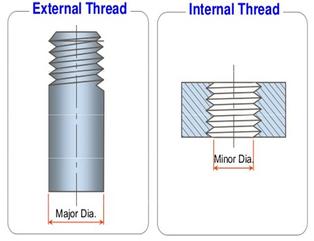 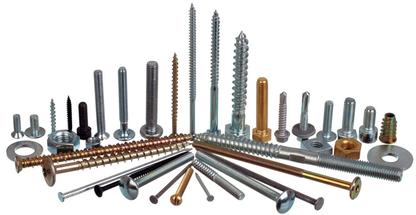 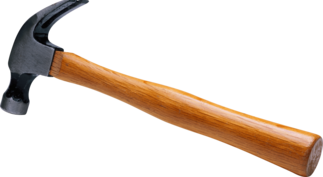 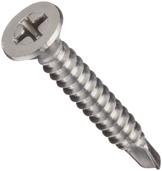 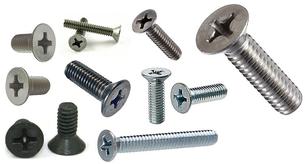 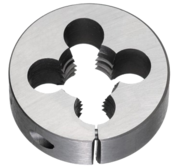 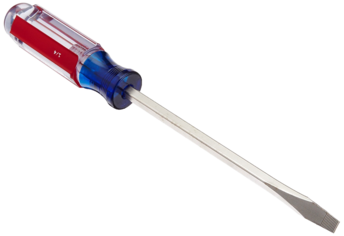 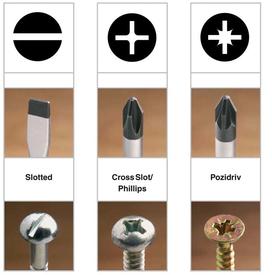 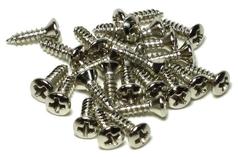 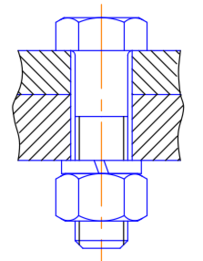 Materials can be joined together by fasteners which can be both permanent and non-permanent. Fixings are stock components that are not designed specifically for one product or application

Nails are the simplist form of fastener. The 'wire nail' consists of a metal straight shank with a flattened head at one end & a sharpened point on the other. They are typically only used for timber applications and are driven into a work piece by impact force using a hammer or nail gun.  The head of the nail prevents them fully penetrating the material unless a nail punch is used to conceal the head flush with the material. Typically, wire nails are manufactured from steel and available with a range of coatings to resist corrosion or improve adhesion

Although simple, they are a weak joining method that only rely on friction for strength and can loosen over time. Other common types of nail are; panel pins, tacks, lost head nails, clasp nails, staples etc.

Screws are a type of non-permanent fastener, characterised by having a helical spiral down a tapered shank, known as a thread. The threaded shank has a cutting edge which binds into the material as it is rotated. A wider head prevents the screw from going past the surface of material, as with the nail, and a screwdriver is used to drive it into the material. To allow for rotation, a female profile is cut into the head of the screw to mate with a corresponding male profile at the end of the screwdriver

Screws are suitable for timbers, polymers & metals in differing forms;

Threading is a technique where a a thread can be cut into a material, typically metal, either externally (threading) or internally (tapping). The process uses a hardened steel cutting edge with the inverse of the thread helix intended to be cut;